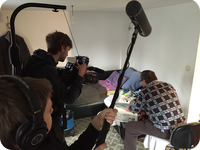 As a part of collaboration between Slovenian Academy of Film and Television and School of Audio Engineering I was invited as a field recording engineer for the student short documentary Gospod Golob (eng. Mister Pigeon).

The plot of the documentary was based on the real life of the pigeon keeper Drago Habjan. The movie director was Jure Dostal. Under his management and direction I had to record in the most unusual places such as the pigeon house, graveyard and sticking out of the window of the moving car. 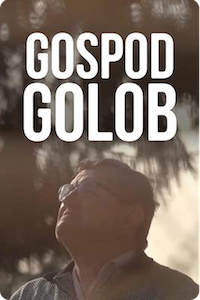